Why You Need A Wireless Phone Charger Pad? 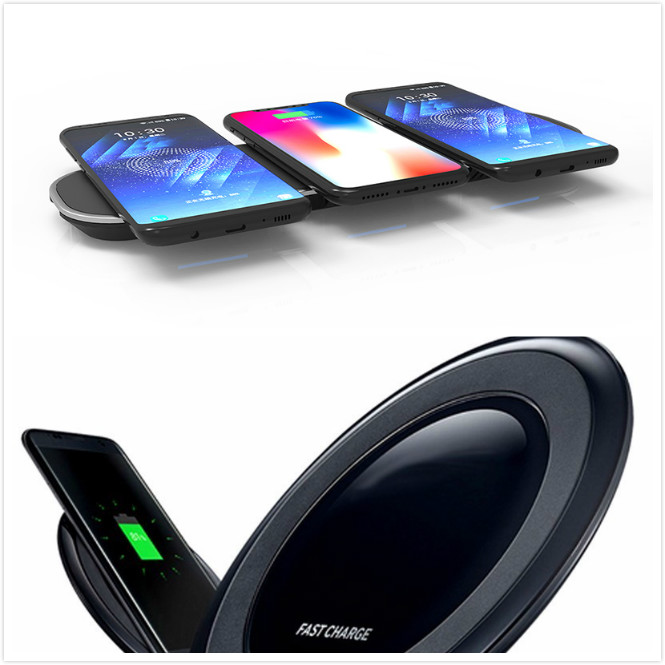 What is a wireless phone charger pad?

As the name suggests, a wireless phone charging pad is a portable device that enables charging of your smartphone or smartwatch device without the need to plug in or use of a wired cable or socket connection. Wireless charging has been in existence since way back when Nicola Tesla, a physics scientist discovered he could transfer electric energy through magnetic resonance coupling between a transmitter circuit and a receiver coil. This led to more research into the field of electromagnetic induction until modern day where Qi wireless charging standards have been put to use by different technological stakeholders and manufacturers.

How does a wireless phone charger pad work?

A wireless charger pad is a portable charging device that is used for purposes of charging other electric devices without the need for cable connection. This device works through electromagnetic induction of an inbuilt electric coil inside the smartphone or tablet and charges the battery by placing on top or close to the charger pad. For you to have a seamless experience, your device should be compatible with the phone charging pad for it to work. Wireless charging therefore involves the electrically charging of a receiver magnetic circuit inbuilt in the smartphone by a transmitting inductive coil in the phone charging pad through electromagnetic induction coupling. This planar coils transfer electromagnetic energy from the pad to the inbuilt inductor coil in the phone which converts it to direct current that charges the device energy storage system. Different phone charger pads have different mechanism of electromagnetic induction procedure involved where an alternating electromagnetic field induces electric current in the receiving inductor that is converted back to electricity used for charging. Some use non radiating inductors that are firmly coupled while others charge through loosely coupled radiating charging bowls. Wireless chargers do charge from more than a feet away distance use non coupled radio frequency trickle charging systems which involves conversion of the modulating magnetic field into electric current by the receiving inductor coil.

A wireless phone charger pad is a simple and safer way of transferring power to your smartphone, watch or tablet without the strain of plugging in a cable to a charging port. There are various advantages that come with the use of a wireless charging pad enabling ease of use and safety of the user. Elimination of wired cables and port plugins is among the benefits of this system which improves the portability of the device, ease of access and user-friendly interface. The wireless phone charging pads also comes in handy when there is restriction of electrical contacts due to high risk of electric shock usually in medical and food product devices setting.

More so wireless phone charge pads can incorporate charging of different devices at the same time including smart watches, phones and tablets reducing the complication that comes with carrying multiple charges as long as they are compatible. Wireless charging also helps reduce the risks that come with plugging chargers directly into sockets which can lead to either circuit disconnection or electric shock. Several cases, in fact, have been reported of injuries and deaths that have occurred due to improper cable use or damaged outlets incidences.

Furthermore plugging in of a USB cable for direct charging exposes the owner to data security risk especially when done in public areas like airports, public hospitals or coffee shops. This, therefore, means that the wireless phone charger pad has minimized security and safety concerns, leading to the more comprehensive and more secure universal charging process. Like any other technology, wireless charging doesn’t come without its cons and some of these include mobility, compatibility, and performance among others.

Have you ever been busted by a charging cable when you are most in need of it? If yes then you understand what it’s like and that’s where wireless charging comes in. It is durable and long lasting compared to other charging cables options and also universally standard. Say goodbye to snarled USB cables and damaged plugins and join a world where you can comfortably charge your device without worry of being electrocuted or affected by electrical defaults. Most smartphone manufacturers including Samsung, Apple among other Android device manufacturers have embraced WPCs Qi wireless standard charging systems. This has therefore enabled ease of access by anybody willing to own a wireless phone charger pad for their device. Don’t be left behind, join the wireless phone charging movement.

Should you be hankering after factory price for different chargers or customization,  welcome to reach ShenZhen ShunXinda Technology Co.,Ltd. , which ranks top 5 in terms of technology.