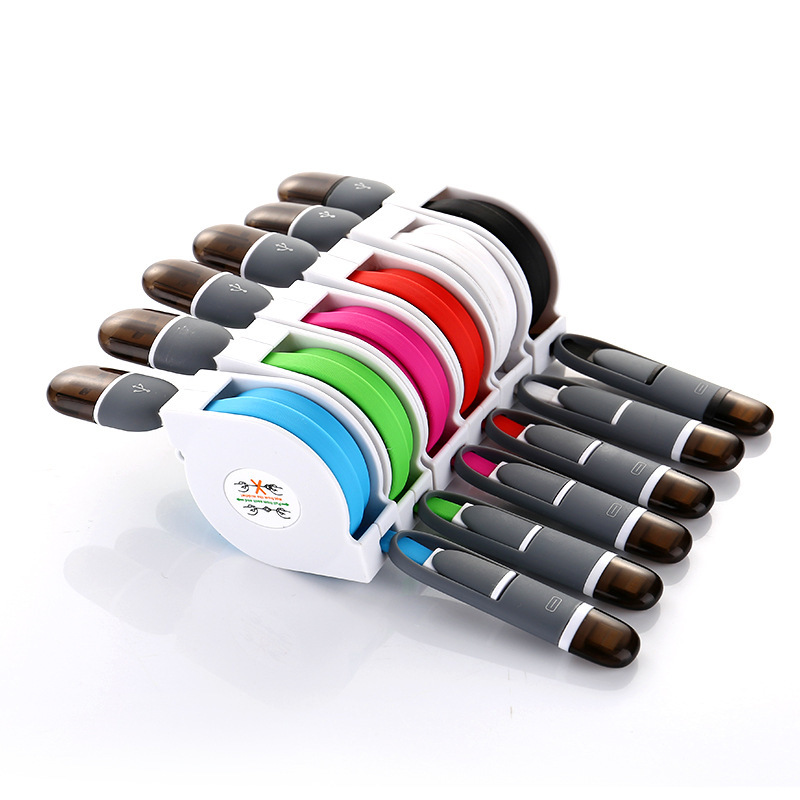 It's indisputable that in one way or another everyone falls in the temptation of buying cheap things. The thought of spending a couple of dollars purchasing a device which you could get for some cents in another store always crosses our minds before buying something. Taking a walk to the USB cable manufacturer may seem tiresome; why not buy a cable at a local store down the street? It’s a wrong move which can cost you a lot. You are denying yourself the pleasuring of enjoying high-quality USB cables while charging.

In this world where technology is ever evolving, our phones rely much on USB cables for charging, it is your iPod, tablet or smart phone, once their original USN cable gets damaged, buying an original one can be quite costly, to some people that is. However, people usually opt to purchase cheap cables. The same cheap cables typically come with a price, and at the end of the day, they end up spoiling our devices.

The USB cable manufacturer offers multiple high-quality cables which are friendly to your phones and laptop. Be careful, purchasing a cable from unqualified and inferior factory restrains you from the endless stress of dealing with a damaged cable which slowly kills your devices.

That is just the tip of the ice burg, and these cheap, inferior USB cables come with a bunch of effects. Let's take a look at some of these consequences;

Have you ever charged your laptop or smart phone and find it overheating to an extent you feel like your palm was burning after holding your device? It may seem usual to some people, but that is a sure sign for a cause of alarm. Such incidences lead to fire breakouts which can be life-threatening. Some USB cables go to the extent of overheating till they melt down, absolutely not a pleasant sight to behold. Fire causes destruction and loss of property, why not visiting USB cable manufacturer for better safe cables.

The cheap cables function well for some time, but after some months, they start failing very fast. Firstly, poor cable damages the touch effect of your phone. The cable then changes at a particular position. It can be annoying and disappointing to keep tossing and turning your phone to find a specific spot where the phone could charge.

Standard USB cables have become a matter of concern after Google engineer Benson Leung in his research, banned the use of USB Type-C cables. These cables fried his devices during the study. A good example is the lightning cables which their fake counterparts are sold at a much lower cost than the original ones. The temptation of buying these cheap cables can fry your iPhone smart phone or damage the battery.

Over the past years, many people have lost their lives due to electrocution, especially when it comes to the use of phones and laptops. It is as a result of using fake or cheap USB cables. Australian Authorities in 2004 issued a warning against the use of inexpensive and fake cables after a 23-year-old woman lost her life after being electrocuted. She died with her headphones and her laptop on her lap with burns on her chest and ears. The headphones plugged on her computer, connected with the socket. Another incident was in the same year 2014, where Sheryl Anne died while wearing her headphones. She had the same burns on her chest and ears. The fake charger sent an electric current through her body.

At times it is hard to differentiate between a fake and original charger, some look very alike. However, it is essential to note that some sell both authentic and counterfeit chargers, here is how to distinguish fake USB cables from original ones;

a) The weight of the charger.

Have you ever bought a charger with a cable and found its weight to be enormously light. Some individuals see it as an advantage; no one likes carrying a bulky charger in a pocket or backpack, we all hate the weight. What you should know is, if your charger brings the lightness of a feather, you fall in a probability of having a super fake charger. Original chargers tend to be much more substantial due to the quality. They have a lot of configurations inside to perform effectively. Once you come across chargers from USB cable manufacturer, you can see the difference.

b) USB connector port slot on the charger.

Fake USB cables have uneven corners and edges along with the cutting of the cord. The original chargers have smooth, well-built and flat sides.

In original chargers the micro- USB connector is small in length and is much closer to the body, fake cables have a much wider space between the frame and the connector. Such construction makes it easier for the charger to break easily.

d) Corners and edges of the charger.

What to know if you are about to buy a fake charger with its USB? Carefully assessing the corners of the charger could be your savior. The corners and curves of a counterfeit charger are even and are made from a lot of plastic, while in original chargers, the edges are smooth and level.

e) Joint on the charger.

It is not news that both fake and original chargers have joints. However, you should know that there is a vast difference in that feature. The original charger has smooth and flat bone while the cheap fake ones have prominent and sharp joints.

f) Built-in quality of the charger.

Original chargers, for instance, the ones found in USB cable manufacturer, are well built, solid and strong. Fake chargers already look like they were used before, they are of low quality. They tend to be light, and some even make some funny sound while charging.

If you need high-quality USB cables, it is high time to pay a visit to the USB cable manufacturer to give your device some power justice. Although such chargers can be expensive they are worth it, instead of buying something fake which may cost you more than the phone or laptop. USB cable manufacturer does not disappoint, they offer the best. You will spend thousands of cash as you try to save your expensive phone, tablet, and computer. Meanwhile, you even could get multi USB cables from USB cable manufacturer,which also could help you save you money. No one likes to have that kind of bitter experience, do away with cheap fake USB cables to increase the durability of your device.